Darius the Great Is Not Okay 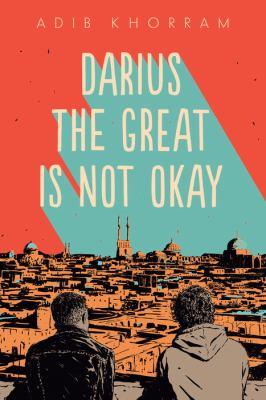 Darius the Great Is Not Okay

Darius Kellner is a nerd, bullied at school and constantly waiting for his dad's approval. He also suffers from depression. He struggles with his identity being half Persian and being raised in the United States. He is not as in touch with his Persian roots or speak Farsi as well as his little sister Lelah. This all comes to a head when his grandfather in Iran becomes ill and the family travels to Iran to spend some time with time. Darius had never been to Iran, had never met his grandparents and knew little of the customs of the country.
What he found was a country rich in tradition and culture but ultimately what he wanted to find was himself. Could it happen in a country so far away with so little he was familiar with?
I loved this book. I learned so much about the Iranian culture. It was also an open honest treatise on depression. How it affects the person who suffers from it but also the family around them. How it lies to the sufferer about perceptions and not only how they see the world but how they think the world sees them. The characters of Darius, his family and Sohrab were beautifully written as they struggled with all the lessons life threw at them.