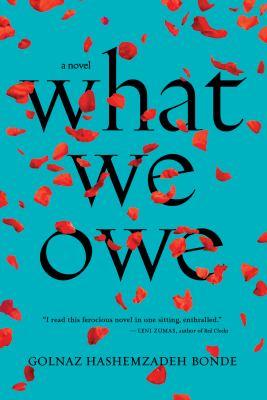 Nahid has been diagnosed with terminal cancer and given six months to live. During her final days, she reflects on her life, her mistakes and her regrets. She and her husband, Masood, fled their native Iran during the revolution in the '80's with their young daughter. Filled with rage and resentment at the hand her fate has dealt her, Nahid tries to come to terms with her life and find some of the happiness that has alluded her all her life.

This book was brutal in its honesty. Nahid was a character that was difficult for me to find sympathy for mostly because of her anger and resentment toward her daughter. While it was clear to me that she suffered from PTSD due to her work for the revolutionaries during the war in Iran, it was not discussed in the book as a cause for her actions and I think perhaps it should have been.

This book is not for the light of heart but it did offer an eye-opening account of being a refugee and the cost of leaving all you know and love behind.