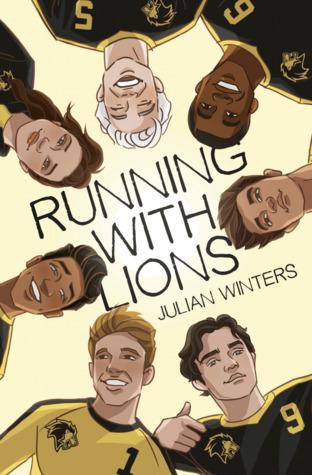 Sebastian is getting ready for his last year at soccer camp when he finds out his ex-best friend, Emir, is also attending. He doesn't know exactly what went wrong with Emir. When they were small, they were inseparable. That changed after Emir had to go back to England so his family could care for his ailing grandmother. When he returned, things were differently and they never really talked again. Emir seemed angry and unapproachable. Now with him attending soccer camp, Sebastian worried what it would be like. Would Emir fit in with his other friends or would he remain aloof and angry?

I loved the premise of this book but felt the execution could have been better. The writing was lacking in places, especially the descriptions of the character interactions. Many phrases were repeated (such as, "he grabbed his wrist") or just not quite descriptive enough making me question what exactly just happened. I know it is a debut novel and the problematic writing wasn't throughout so I am hope, Julian Winters, keeps at it because the ideas and plot points were great.