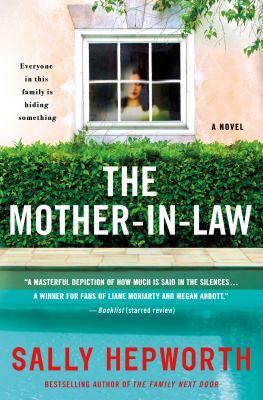 Hepworth (The Family Next Door, 2018) turns up the tension in her latest Australian-set domestic-suspense novel. Lucy's ties with her husband's mother, Diana, have always been fraught with tension, especially disappointing because Lucy had delighted at the prospect of a mother figure in her life after her own passed away. Lucy and Diana were never on the same page, and so it's with mixed feelings that Lucy receives the news of Diana's sudden death. Determining the circumstances to be suspicious, police question Lucy, her husband, and her husband's sister and brother-in-law, unraveling secrets Diana had held close. Hepworth entwines the stories of two complicated women, from both of their perspectives, past and present, who desperately needed each other but were unable to say or do the right thing. Diana's personality always suggested a cold, distant woman more interested in her charities than her family, but though everyone seems to have a reason to want Diana dead, Lucy realizes she never really knew her mother-in-law at all. A masterful depiction of how much is said in the silences, accompanied by increasing unease over what happened to Diana, makes this a winner for fans of Liane Moriarty and Megan Abbott.--Tracy Babiasz Copyright 2019 Booklist