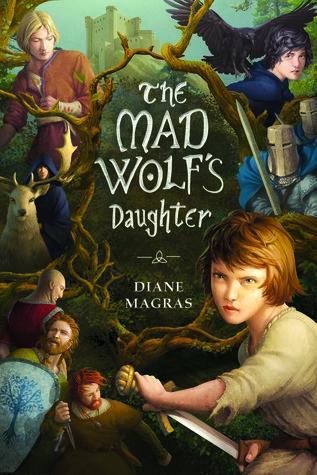 After a late night raid on their encampment, Drest is the only one left in her family war-band. Drest must try to rescue her father and brothers from Faintree Castle where in just four days they will hang. During the raid, Drest witnesses one of the enemy knights try to kill a fellow knight. Unable to allow the injured knight to die at the bottom of the ravine, Drest rescues him and plans to use him in a trade, one knight for one of her family members.

This middle grade novel is full of adventure, quests and best of all, a girl who is brave, tough and smart. I loved Drest and I think she is a grand role model for all middle graders, boys and girls alike. I immediately picked up the companion book, The Hunt for Mad Wolf's Daughter so I can see what other adventures Drest is part of.