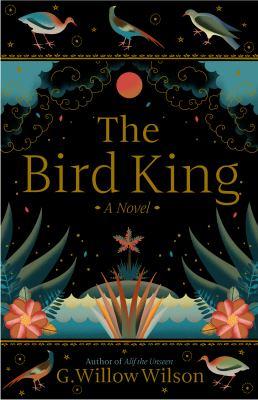 The Bird King takes place during the end of the reign of the last sultan of Granada. The story centers on a concubine named Fatima and her beloved friend, Hassan. Hassan has a magical skill that enables him to draw maps of places he's never seen and alter the reality of those places. His gift is coveted because of its importance in times of war and retreat. On the edge of losing his kingdom, the sultan hands Hassan over to the Inquisitors who have come to negotiate the transition of power to Spain. Fatima cannot let Hassan be killed so they engage in a daring escape that takes them on a journey of peril and intrigue.

This book was a fascinating blend of history and mysticism that reminds the reader of the allure of Tales from the Arabian Nights. I did find that it got just a little slow toward the end and I am sure I didn't get all the symbolism that was presented. That being said, it was a very enjoyable tale and one I would highly recommend.