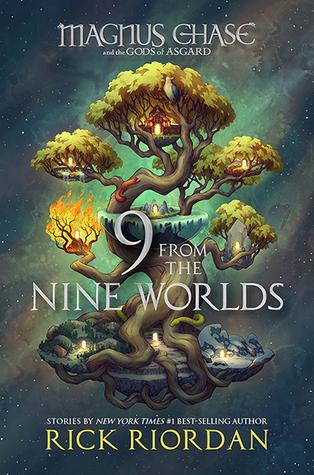 This was quick story, but it was a nice addition to the Magnus Chase series. I liked learning more about the supporting characters and more about the Norse legends.

The Magnus Chase and the Gods of Asgard trilogy may have concluded, but we haven't heard the last of our favorite peeps from the Nine Worlds. Join Hearthstone, Blitzen, Samirah, Alex, Jack, T.J., Mallory, Halfborn, and more on a hilarious and unforgettable journey through Rick Riordan's unique take on Norse mythology. While Magnus is off visiting his cousin, Annabeth, his friends find themselves in some sticky, hairy, and smelly situations as they try to outwit moronic giants, murderous creatures, and meddlesome gods. Can they stave off Ragnarok at least until Magnus gets back?
Goodreads