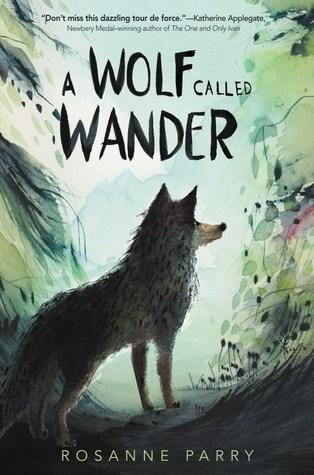 This is a story about a wolf called Swift who is separated from his pack when a new pack moves into their territory. Swift's journey covers 1000 miles through the Oregon wilderness. He encounters men and learns the dangers of men and their guns and to stay away from their vehicles and the deadly black river. He is accompanied on most of his journey by a raven who helps him find food and shelter, but the raven finds its own pack and Swift is on his own. A forest fire forces him to flee high into the mountains where he eventually finds his own territory and a mate.

I am not usually a fan of animal books, but this book was appealing. I liked that Parry didn't give the animals too many human qualities, but tried to stick to actual animal characteristics and behaviors. The fact that this story is based on an actual wolf and his journey does make it even more interesting. The high stakes action will make this appealing to young readers.