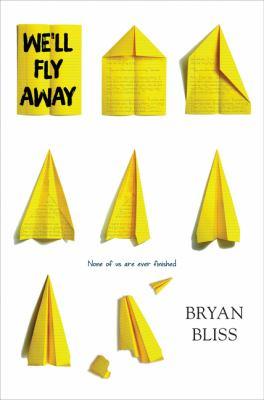 Toby and Luke have been through everything together, best friends all their lives. Although they have different personalities entirely, their horrific family situations and living conditions formed a bond between them. Their safe haven is an old wreck of an airplane they found in the forest by their North Carolina home. They would sit for hours in the plane, plotting and planning their escape from their lives of abuse, neglect and misery. It all seems possible when Luke has the opportunity for a wrestling scholarship to Iowa. It was their ticket out.

Toby’s father was an abusive alcoholic and petty criminal who justified his abuse of Toby by saying he wanted to “toughen” him up. Toby was constantly having to hide out from his dad, never knowing where his next beating was going to come from. His dad was constantly trying to draw him into his life of crime, drinking and drugs but a solemn vow between Toby and Luke helped keep Toby on the right track.

Luke’s mother is a neglectful single mom, would often go missing for hours on end, sometimes days, which left Luke to care for his twin little brothers. He is a kind, compassionate kid whose only goal is to get away from the awful conditions in which he lives. Never knowing where his next meal is coming from and having the responsibility of his little brothers, was almost more than he could handle.

Long-listed for the National Book Award, the book is told from two perspectives, letters from death row by Luke to Toby, and regular prose to fill in their story. From the beginning, you don’t know and can’t imagine what Luke has done to land him on death row. The story is filled with such poignancy. A treatise on love, loyalty and friends who are closer than family, friends you would do anything for. It is a book about the death penalty but it is about so much more.

The author, Bryan Bliss, says it best in his acknowledgments:

“It’s about growing up hard, in a way that forces you to make choices you’d otherwise not make. It’s a book about wanting to escape. It’s about love and loyalty. It’s about people who care, even when you don’t. And maybe most importantly, it’s a book that invites readers to ask the question: do I believe a person can ever be beyond redemption?”

It is a book about all those things and is one I will think about for a long, long, time.