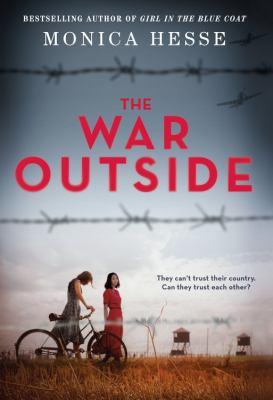 Margo is a young German-American girl who finds herself at the Crystal City family internment camp during World War II due. This camp is for those people deemed "enemies of the state". Her father was lured into attending a Nazi-sympathizer gathering and while only her father was arrested, her family decided to join him so they could be together.
Haruko was in the Japanese section of the camp. Her father was also accused of "enemy" behavior.
The camp was kept segregated with each faction having their own schools, stores and worship areas. There were some common areas and one school that every child could elect to go to and whose classes were certified.
Margo and Haruko became friends but kept their friendship secret because of the bad feelings each faction had toward the other. Then a tragic event caused their lives to be shattered.
I really liked the historical information and was not aware there were camps that had Japanese, German and Italian families. I liked that each girl had their own feelings about the camps and why they were there. The blurb on the front cover of the book said it best, " Their time together becomes a gift and a refuge-but in a desert prison camp that presents a pale imitation of life, can anything so real and fragile survive?