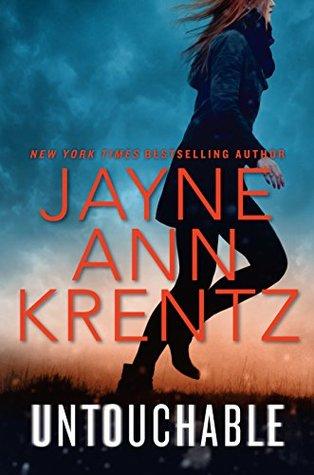 This was a good "ending" to the series. However, this book could be read as a stand-alone because Krentz is great at fleshing out her characters in each book. I liked the chemistry between Winter and Jack and Zane is even more warped than in the past. The fire theme is very strong in this story and while the ending is a little out there, it makes sense in the long run. I always enjoy her stories no matter which name she writes under and am looking forward to her next novel. This book makes you believe you're watching a movie with its details and would probably make a nice one! I wish all three brothers, wives and Anson were a little more involved, but that is really minor. Romantic suspense at its best.

A man's quest to find answers for those who are haunted by the past leads him deeper into the shadows in this electrifying novel from the New York Times bestselling author of Promise Not to Tell. Quinton Zane is back. Jack Lancaster, consultant to the FBI, has always been drawn to the coldest of cold cases, the kind that law enforcement either considers unsolvable or else has chalked up to accidents or suicides. As a survivor of a fire, he finds himself uniquely compelled by arson cases. His almost preternatural ability to get inside the killer's head has garnered him a reputation in some circles--and complicated his personal life. The more cases Jack solves, the closer he slips into the darkness. His only solace is Winter Meadows, a meditation therapist. After particularly grisly cases, Winter can lead Jack back to peace. But as long as Quinton Zane is alive, Jack will not be at peace for long. Having solidified his position as the power behind the throne of his biological family's hedge fund, Zane sets out to get rid of Anson Salinas's foster sons, starting with Jack.
Goodreads