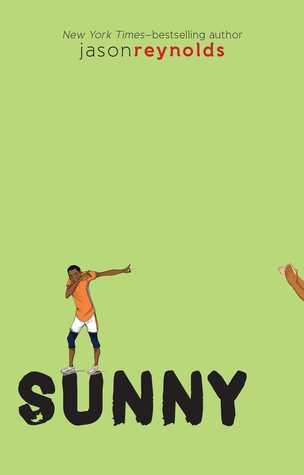 Sunny is the third book in Jason Reynolds' Track series and it is probably the most personal of them all and the least about track. Sunny is the team's mile runner and decides he doesn't want to run anymore. He has been running for is mom who died giving birth to him and not for himself. What he would really like to do is dance, but he still wants to be part of the team. So Coach sets him up as the discus thrower. The book is set up as a series of diary entries as Sunny deals with his feelings about his mom, running and his dad.

Because this was such a personal book and more about Sunny himself than his place as part of the team it was a very different book than the rest of the series. The diary format was not my favorite, but Jason Reynolds is still a genius at every form he writes.