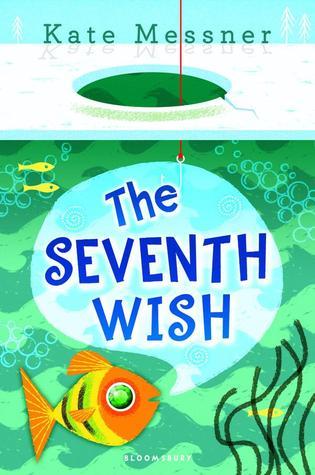 Charlie has a pretty idyllic life even if she doesn't always get the attention she craves. She has an older sister she adores who is away at college.  Her parents are attentive and interested. She has friends and a hobby she loves, Irish dancing. Even though she is afraid of the ice, Charlie goes ice fishing with her friend Drew and his grandma one day. Her world changes when she catches a fish that talks to her and grants a wish for its freedom. When her wish to not be afraid of the ice comes true, Charlie seeks out the fish and more wishes. They don't always go the way she intended however. The wrong boy falls in love with her, Drew's success at basketball tryouts makes him miserable when he still can't play, her mom's new job means she can't go to a dance competition. All of this pales when she finds out what has been going on with her sister Abby. Turns out Abby has become addicted to heroin and needs a lot of help. Now Charlie and her parents are spending Sundays visiting Abby in rehab instead of going to Irish dancing. Charlie is hiding this part of her life from her friends and his miserable.

I was afraid this was going to have a tragic ending, but it actually ends with a lot of hope. This might be the first middle-grade book I've read that deals with heroin addiction and it was incredibly realistic. Abby's struggle was one readers can understand even at a younger age. As Charlie learns more about addiction and what it does to a person, so does the reader. Kate Messner did a fantastic job highlighting this issue without making this an issue-driven book. I think my only real problem was the fish and the wishes. Such a realistic portrayal of a timely issues seemed a bit dulled by the fantastical bits. I get why they are in there as it makes the story a bit more palatable for young readers, but I wish it could have been an imaginary fish or all in Charlie's head. I think that would have made it even more powerful for me.