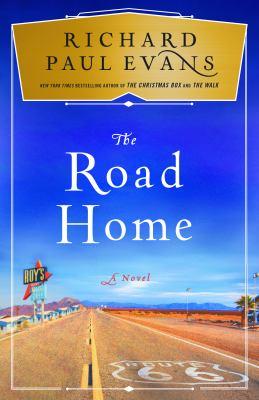 "From #1 New York Times bestselling author Richard Paul Evans, the dramatic conclusion in the riveting Broken Road trilogy--a powerful redemption story about finding happiness on a pilgrimage across iconic Route 66"
-- Provided by publisher.
Chicago celebrity Charles James is believed to be dead, killed in a fiery plane crash. But thanks to a twist of fate, he's very much alive and ready for a second chance. He knows that the last time he was truly happy was when he was married to his ex-wife Monica, before their relationship was destroyed by his ambition and greed. Charles intends to finish his trek from Amarillo to Santa Monica, despite learning that his ex-wife is now planning to marry another man.
~MRRL catalog