Queen of the Sea 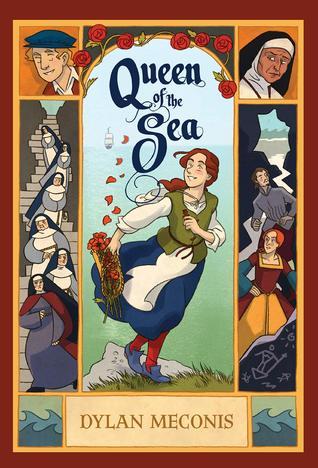 Queen of the Sea

Margaret lives at a convent on an island. Her only companions are the nuns until William and his mother arrive. They are exiled from the mainland because of his father's politics. Turns out the island is actually a political prison for those who go against the crown but who's crimes are not bad enough to be executed for or sent to a real prison. All the nuns are prisoners as well. This all comes to a head when Eleanor, the exiled queen, comes to the island. Margaret and Eleanor discover they have a lot in common and get to know each other. In the end surprising secrets are revealed.

I really enjoyed this alternative history of Queens Mary and Elizabeth. I loved the island setting and the character of Margaret. The island itself was fascinating with its remains of ancient peoples and the backstory of the convent and the nuns. I read an ARC of the book so I didn't get full color illustrations but the pencil drawings looked beautiful.