The Queen: the Forgotten Life Behind an American Myth 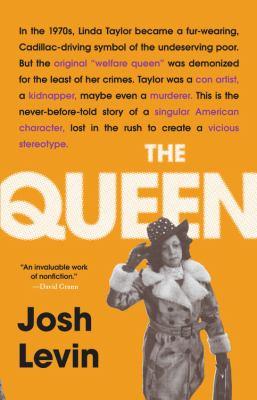 The Queen: the Forgotten Life Behind an American Myth

Levin, the national editor of Slate, writes a stunning account of Linda Taylor, the woman famously tagged as a welfare queen in the 1970s. His powerful work of narrative nonfiction shows how Taylor victimized a slew of vulnerable people, was a victim herself, and was the cause of Black welfare recipients being stereotyped as welfare cheats. Levin's treatment goes far beyond true crime here, though that aspect is an immense story itself, including the fact that three elderly and disabled people died in suspicious circumstances under Taylor's care; that Taylor was adept at posing as a victim, calling in at least two false burglary reports; and that she concocted elaborate money-fraud schemes. Beyond the story of Taylor's wrongdoing, though, Levin demonstrates how a single distortion can ruin lives. Ronald Reagan, in a speech in 1976 about welfare fraud, called out Taylor as a woman who created numerous aliases to steal government checks. That reference, Levin believes, caused lasting damage to Black people as Reagan implied that Taylor was an example of how African Americans in general were welfare cheats. Levin does a terrific job of balancing his portrait of a criminal, of the racism of police who didn't bother to solve the three murders connected to Taylor, and of the widespread stereotyping of Blacks that grew out of her crimes and a president's distortions.--Connie Fletcher Copyright 2019 Booklist