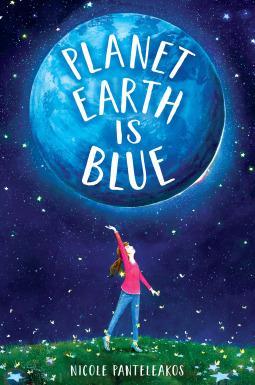 Nova is a twelve year old non-verbal girl with autism who is in foster care. Her mother could not take care of her and her sister Bridget so they were taken away. Bridget is 5 years older and has always been Nova's caretaker. She understands Nova when no one else can. Unfortunately, Bridget and Nova are separated right now. Nova is with a new foster family who seems to understand and support her more than previous families. Nova has been labeled non-verbal, severely retarded and unable to read or write. But her new family comes to realize those things are not entirely true.

Nova is also a space buff and is eagerly awaiting the launch of the Challenger space craft and the first teacher in space, Christa McAuliff. Her class is going to watch the launch and Nova counts down the days because Bridget has promised to be there with her. As the day of the launch arrives, we know what is going to happen. The disaster forces Nova to realize that Bridget is not coming back either.

This was one of the best audiobooks I have listened to in a while. It was riveting and I was sincerely invested in Nova's story. I don't think I would have had the same experience if I had read it. The narrator, Dylan Moore, does a wonderful job translating Nova's "sounds" into words with meanings. An intuitive reader will realize that something has happened to Bridget that she is not with Nova, but it is still heartbreaking to learn the truth as Nova learns it. I was thrilled that she had found such a supportive family though.