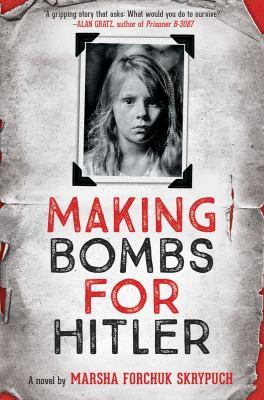 Lida thought she was safe. Her neighbors wearing the yellow star were all taken away, but Lida is not Jewish. She will be fine, won't she?

But she cannot escape the horrors of World War II.

Lida's parents are ripped away from her and she is separated from her beloved sister, Larissa. The Nazis take Lida to a brutal work camp, where she and other Ukrainian children are forced into backbreaking labor. Starving and terrified, Lida bonds with her fellow prisoners, but none of them know if they'll live to see tomorrow.

When Lida and her friends are assigned to make bombs for the German army, Lida cannot stand the thought of helping the enemy. Then she has an idea. What if she sabotaged the bombs... and the Nazis? Can she do so without getting caught?

And if she's freed, will she ever find her sister again?

This pulse-pounding novel of survival, courage, and hope shows us a lesser-known piece of history -- and is sure to keep readers captivated until the last page.