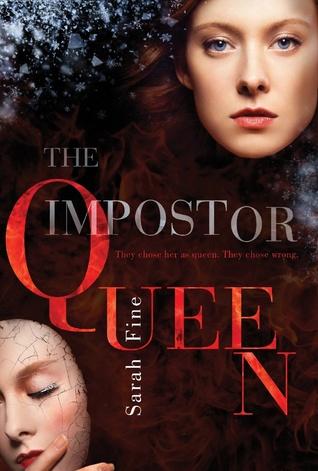 When Elli was a young child, she was identified as the next Valtia, or queen of Kupari. The Valtia is the only person in the kingdom to have perfect mastery over both fire and ice magic. To this end, the Valtia is the primary protector of the entire country. The Kupari don't even have a military, such is their trust in the powers of the Valtia. When the current Valtia dies, Elli will be her successor and has trained for it her entire life. Unfortunately, when the current Valtia does actually die, the magic fails to move into Elli as its supposed to. If Elli doesn't have any magic, who will protect the people? Who will keep the climate temperate and help the crops grow? No one has any answers, but attempts to draw the magic out of Elli become increasingly deadly so she escapes the palace and seeks refuge in the mines alongside those too poor or dangerous to live inside the city's walls.

The Impostor Queen creates a world that feels fresh and new. The magic system is an interesting change of pace from the standard types traditionally portrayed in fantasy. There are enough questions remaining by the end to lure readers into the next book of the trilogy. The book is not without its flaws (even with a magic queen, why on earth would you leave your entire community without an army? Particularly since there are several neighboring countries that show a proclivity towards invasion and conquest...), but a lot of readers will overlook said flaws due to an engaging plot with a swift pace.