The Faithful Spy: Dietrich Bonhoeffer and the Plot to Kill Hitler 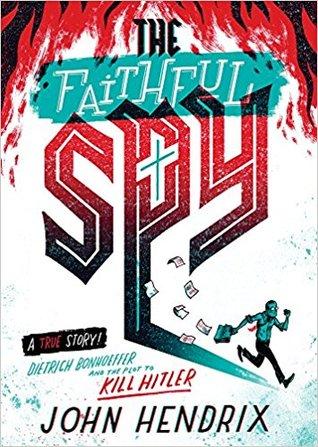 The Faithful Spy: Dietrich Bonhoeffer and the Plot to Kill Hitler

Dietrich BonHoeffer was a preacher during the rise of Hitler to power in Germany. He knew from an early age that he wanted to spread the word of God and his faith was strong. When the atrocities of the Hitler regime came to light, he knew he could not stay silent. He spoke out against the Nazi practices and started his own church. As the Nazi threat grew worse, he became involved in a spy ring whose ambition was to assassinate Hitler.

This was a riveting story that I had no former knowledge of. Bonhoeffer was a true hero and sacrificed his life trying to stop Hitler's atrocities. I especially liked the way the book explored his conflict plotting an assassination with his religion's command to not kill. My only complaint of this book was that for my old eyes it was at times difficult to see the print with the size and colors. I do understand, however, that this is a kid's book and the colors would definitely appeal to them.