Failing Up: How to Take Risks, Aim Higher, and Never Stop Learning 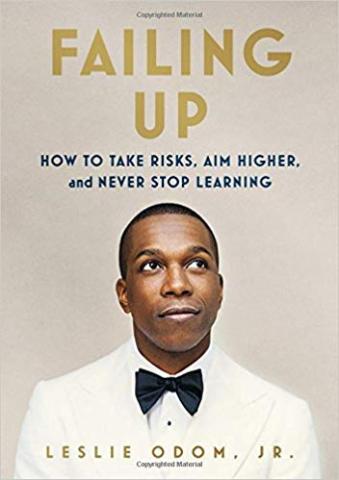 Failing Up: How to Take Risks, Aim Higher, and Never Stop Learning

Leslie Odom, Jr. has acclaimed much recognition and a Tony Award playing Aaron Burr in the Broadway musical Hamilton. But it almost didn't happen. Odom shares his beginnings as a mouthy boy who meets his match in a teacher that gets his attention and trust, and then channels his expression. He shares the decisions he made, even when it is choosing between two good options. A key moment is when he considers giving up and is challenged to make the most of those times when the phone isn't ringing, a story told on a late-night show told with such passion that it drew me to this book. When Odom gives himself permission to fail spectacularly, it leads to artistic breakthroughs and new possibilities. Throughout his story he shares nuggets of wisdom, a desire to be more than a token, and a willingness to continually see himself in the mirror -- literally. "Failing Up" is a compelling story of Odom's career and a source of inspiration for those embarking on their own careers.