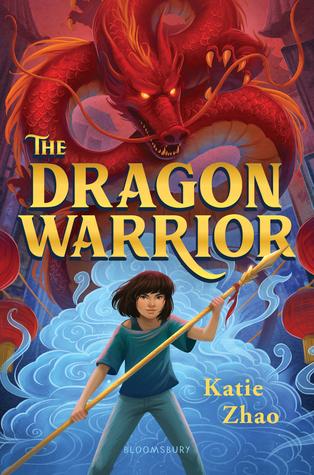 Faryn and Alex live with the Jade Society in San Francisco's Chinatown. Their parents are both gone so they are being raised by their grandfather Ye-Ye. They are outsiders in the Jade Society because their father refused to follow the new leaders who wanted demon fighting to be secondary to making money. During the Lunar New Year celebrations Faryn actually fights a demon with the help of a god. She doesn't tell anyone but it is revealed when the god, Erlang Shen, crashes their celebration and announces that she is the Heaven Breaker, the great general for the Jade Emperor. It is confirmed when she is able to lift Fenghuang, the spear of the Heaven Breaker. Faryn must complete a quest in order to reach the island of the gods. She is joined on the quest by her brother Alex and former best friend Moli. They pick up Ren in Phoenix. They are helped and hindered along the way by other gods and goddesses and demons.

This book follows the same path as many others since Rick Riordan started writing the Percy Jackson books. Lots of mythological creatures and a quest. I found the Chinese Mythology fascinating as I know nothing about it. I loved Faryn and her determination to do what is right even when that is the harder path. I thought Alex's betrayal set up the rest of the series really well and I can't wait to find out what happens after this.