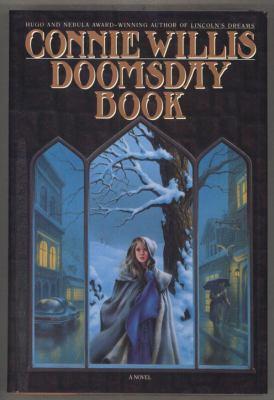 Kivrin was getting ready to be transported back to the 1300's. The restrictions for time travel for that time period had been relaxed and she was as prepared as she could be. Her mentor, Dunsworthy, was opposed to the trip because he didn't feel it had been vetted enough and was being rushed. So many things could go wrong, but his hands were tied as it was not his drop. Immediately, things went wrong. All the precautions taken mattered not as circumstance after circumstance both in 2054 and in the 1300's. Would they ever get Kivrin back? What was the mysterious illness that was plaguing everyone in 2054? Could it have traveled through the net?

While it got off to a slow start, this book ended with a kick. Not for the faint-hearted, it gives a devastating portrayal of the plague that wiped out half the population of Europe. The characters were well-developed and you get so attached. I can't wait to read the second in the triology!