Court of Wings and Ruin 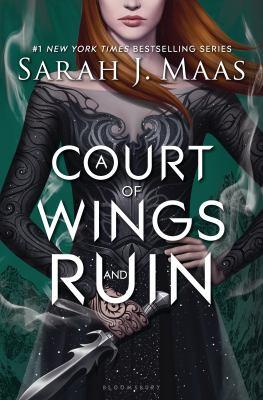 Court of Wings and Ruin

The third in the Court of Thorns and Roses series finds Feyre back in the Spring Court feigning loyalty to the Spring Court and Tamlin but in reality she is spying on him and Hybern. Prythian is on the brink of war with Hybern and since he has the Cauldron, the High Lords are scrambling to find a way to defeat him but that means an alliance with Courts that are sworn enemies.

This volume of the series was full of action and intrigue. Unfortunately, I read a review before I started and it mentioned how many times Sarah Maas used the word "mate" and then my attention was drawn to that and it became annoying. The book definitely could have benefited from a good editor with a thesaurus as there were some other words that were repeated enough become tiresome. There was one part at the end that also bothered me and I thought would have been best left as it initially unfolded. I won't name it because I don't want to spoil anything but if you read it, I think you will discover what it is. The book was not flawless but good enough that I wanted to keep reading and see what happened.