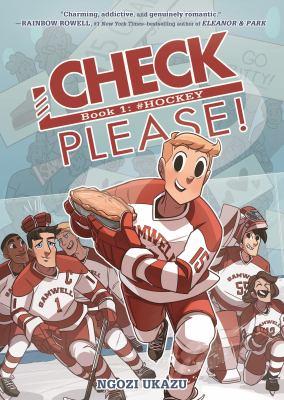 Eric Bittle is a freshman on the hockey team at Samwell University. As a former figure skater, Eric loves the ice, but isn't a big fan of checking. Enter Jack, the captain of the team who coaches Bitty in checking and not being afraid on the ice. Jack, Bitty and the other players live in the hockey house together where Bitty feeds them all and shows off his culinary skills, especially his baking of pies. The guys are an awesome group and accept Bitty as his gay self. They become a family as they move through the years of college.

I adored this graphic novel. It is so well written and captures the spirit of hockey and college so well. Not that I know anything about hockey! I loved how comfortable with himself Bitty was and how his crush on Jack develops over the years. The end of the book has all of Bitty's tweets and I do wish those would have been incorporated into the story itself. It would be awesome to see how they corresponded to the story as it unfolded. I can't wait to read the next part of this story.