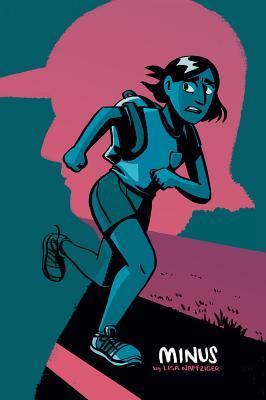 Beck is on her way to start the University of Chicago when things go horribly wrong. She gets separated from her dad at a Naperville gas station during a hold up. After meeting a woman (Sandra) along the road who agrees to take her to Chicago, she connects with some friends and receives a message from her dad. Except her friend's girlfriend doesn't take her to meet the dad, but instead drops her off at the police station. Turns out her dad is not her dad and the man responsible for the gas station shooting is after her as well.

There were a lot of coincidences in this story that stretched its believability for me. [The woman who picks up Beck on the highway happens to be a police officer and just happens to be the mom of Beck's friend's girlfriend. Not only that but she is the ex-partner of the man responsible for the shooting. Then there is the fact that Beck was kidnapped as a child. Her kidnapper turns out to be the ex-husband of the woman Sandra. So Beck just happens to randomly be picked up by a stranger who is the ex-wife of her kidnapper/dad and the ex-partner of her real dad. And if that is not enough the new friend Beck has made online in anticipation of starting college just happens to be this woman's daughter's boyfriend. So many coincidences and connections that I just didn't believe it.  I also thought the message was pretty terrible. Just because her kidnapper didn't abuse her doesn't mean he was a good dad. He kidnapped her! Why does it seem like all is forgiven for that? Why doesn't Beck reconnect with her real mom? There is a level of acceptance for the kidnapping that seems pretty unacceptable.