The Joys of Spring and How the World Celebrates The Season 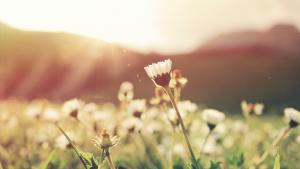 The Joys of Spring and How the World Celebrates The Season

Spring is probably my favorite time of year. The feeling of freshness in the air, rain cleansing my soul, the newness of everything…this is why I love spring.  How has this time of year been celebrated by others?

One of my favorites is Holi, the Festival of Colors, usually celebrated in Southeast Asia or where there is a large Hindu population. Holi, a Hindu tradition when people come together to rejoice over goods victory over evil.  People celebrate in all sorts of color and use colored powder to decorate everyone.  Holi is about new beginnings, the end of winter and the beginning of spring.

On March 21, 2019 is Nowruz. This is Iran’s New Year, and it is a celebration to bring in the new.  This is the time of year you would deep clean your home but it’s not about cleaning, it’s about renewing the positivity that the new year spring brings.  Not only do you clean your home thoroughly but you enjoy the day with sweets and fruits and you greet everyone with a positive comment.

When I was a kid we had May Day on the first of May. We made baskets and filled them with candy and fruit and delivered to our friends and neighbors doors, where we would ring the doorbell and run.  Many European cities have Maypoles with ribbon from them and people dance around the pole. Females wore flowers in their hair, where again bright colors are a theme.   May Day has its origins in a Gaelic tradition called Beltaine.

Ottawa, Canada has a tulip festival where the city is immersed in tulips and people celebrate with food, music, dancing and speakers from around the world.  The tulip festival started as a show of friendship between Canada and the Netherlands.

The Ostara celebration arrives at the time of the Vernal Equinox (March 20-23)  and may be celebrated one to seven days.  Ostara is considered a time of great fertility, the beginning of rebirth, of new growth and new animals.  From Ostara we get the symbols of eggs and rabbits which we see now in some Easter celebrations.  Ostara is celebrated with the planting of seeds, eating of traditional leafy foods, incense and some people color eggs.

Fun fact:  The Easter Bunny first appeared in 16-century German writings. These writings said children who were well-behaved built a nest in the caps, bonnets or whatever headgear they wore. They would be rewarded with colored eggs from the bunny, rabbit or hare.  It wasn’t until the 18-century that the furry creature was known in the United States, which was probably because of the influx of German immigrants.

In Bosnia they celebrate Cimburijada or Festival of Scrambled Eggs. Poland makes Marzanna dolls by hand and throw them into a body of water as the dolls represent winter. Switzerland burns snowman at the stake.  Japan has their wonderful cherry blossoms and the list goes on.  There is so much culture in the world and it’s all very interesting.  Spring is on its way and so are all these celebrations. The library has many books on culture and spring, drop in and check out a few.