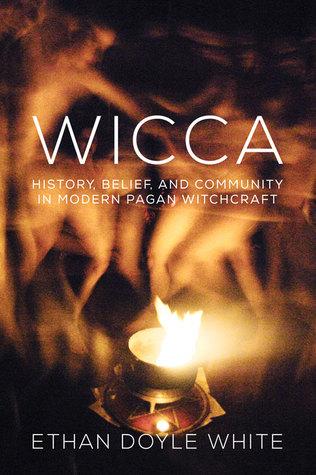 The past century has born witness to a growing interest in the belief systems of ancient Europe, with an array of contemporary Pagan groups claiming to revive these old ways for the needs of the modern world. By far the largest and best known of these Paganisms has been Wicca, a new religious movement that can now count hundreds of thousands of adherents worldwide. Emerging from the occult milieu of mid twentieth-century Britain, Wicca was first presented as the survival of an ancient pre-Christian Witch-Cult, whose participants assembled in covens to venerate their Horned God and Mother Goddess, to celebrate seasonal festivities, and to cast spells by the light of the full moon. Spreading to North America, where it diversified under the impact of environmentalism, feminism, and the 1960s counter-culture, Wicca came to be presented as a Goddess-centred nature religion, in which form it was popularised by a number of best-selling authors and fictional television shows. Today, Wicca is a maturing religious movement replete with its own distinct world-view, unique culture, and internal divisions. This book represents the first published academic introduction to be exclusively devoted to this fascinating faith, exploring how this Witches' Craft developed, what its participants believe and practice, and what the Wiccan community actually looks like. In doing so it sweeps away widely-held misconceptions and offers a comprehensive overview of this religion in all of its varied forms. Drawing upon the work of historians, anthropologists, sociologists, and scholars of religious studies, as well as the writings of Wiccans themselves, it provides an original synthesis that will be invaluable for anyone seeking to learn about the blossoming religion of modern Pagan Witchcraft. *** "An established pagan studies scholar and trained archaeologist, White has written a comprehensive, balanced primer for those interested in Wicca and other modern pagan religions. The author details Wicca's history, core beliefs, and contemporary culture in a clear, concise manner that allows one to read the work from cover to cover or dip into it selectively. White details Wicca's rise to prominence in the pagan community and its development as a modern worldwide religion through an understanding of its origin and adaptation from England to the US and beyond. Of interest to students of religion, anthropology, sociology, and modern witchcraft, this volume should inspire discussion of, and further research on, Wicca and pagan religions in general. Recommended." --Choice *** "Although popular books that present the contemporary Pagan religion of Wicca from the perspective of a practitioner are easy to find, lengthy and serious introductions to the religion are rare. Rarer still are those that attempt to cover the broad range of beliefs and practices of Wiccans. Ethan Doyle White's book, Wicca, is unique in that it does all of this, as well as cover the young religion's history, demographics and culture. To its credit, this is a scholarly book that is highly readable." --Wendy Griffin, California State University, Nova Religio: The Journal of Alternative and Emergent Religions *** "The volume will be valuable to readers, including non-academic readers, wanting a primer on modern Pagan Witchcraft not written by a religious insider. Scholars embarking on research in this area will find it a very helpful overview of the field. Established scholars of Witchcraft and Pagan Studies may learn something new about an aspect of the subject which is not their own expertise. There is no doubt that this volume demystifies Wicca." --Kathryn Rountree, Massey University, Journal of Contemporary Religion (History, Religious Studies, Wicca, Modern Pagan Witchcraft) goodreads.com