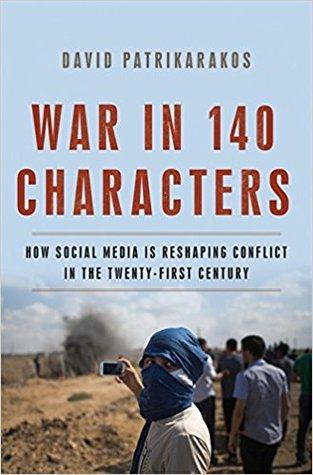 A leading foreign correspondent looks at how social media has transformed the modern battlefield, and how wars are fought
Modern warfare is a war of narratives, where bullets are fired both physically and virtually. Whether you are a president or a terrorist, if you don't understand how to deploy the power of social media effectively you may win the odd battle but you will lose a twenty-first century war. Here, journalist David Patrikarakos draws on unprecedented access to key players to provide a new narrative for modern warfare. He travels thousands of miles across continents to meet a de-radicalized female member of ISIS recruited via Skype, a liberal Russian in Siberia who takes a job manufacturing "Ukrainian" news, and many others to explore the way social media has transformed the way we fight, win, and consume wars-and what this means for the world going forward. goodreads.com