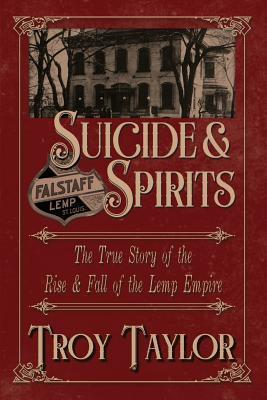 Journey back in time to the opulent days of St. Louis in the Gilded Age and discover the true story of the Lemp family and its rise to power, wealth and extravagance. It's a story that has become legend over the years but one that few people truly know. Despite the fact that the Lemps, and their legendary mansion, have inspired books, ghost stories and television shows, the true story of their tragic lives has become a confusing and convoluted mess of myths, misconceptions, legends and outright lies, making it nearly impossible to separate fact from fiction - until now. For the first time, the story of the rise and fall of the Lemp empire can truly be told. This is the first book that has been written with cooperation from Lemp family descendants and features private stories and details, as well as rare photographs, that have never been told or seen before. The history of the Lemp family is a true American tragedy, one of triumph over opposition, hard work, perseverance, genius and madness, eccentricity and passion, horror, death, suicide and ghosts. It's a story that is played out against the backdrop of America's changing landscape of the late 1800s and early 1900s and is enhanced by the history of the beer industry in St. Louis, the German immigrant experience in America and takes a riveting look at the lives and deaths of those for whom money truly was no object. This is a tale that is purely American - of a haunted family and a haunted house - told as only Troy Taylor can tell it!