The Remarkable Inventions of Walter Mortinson 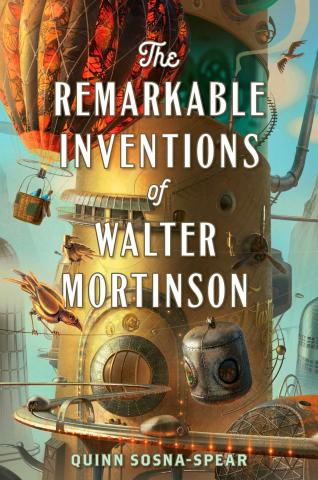 The Remarkable Inventions of Walter Mortinson

Walter Mortinson is an inventor in a town that does not appreciate anyone doing anything outside of the ordinary. His mother would like him to join the family mortuary business but Walter is not interested. He wants to be like his father who was also a great inventor and made life interesting until an unfortunate accident. When he finds a letter inviting him to meet the great Horace Flasterborn on Flaster Island he decides to make the cross-country trip. He is joined by Cordelia who has her own reasons for going to Flaster Island. They make their way from one unusual town to the next even more unusual town unknowingly retracing the steps of his parents many years before.

I enjoyed this fun adventure but it was a bit meandering and overlong. There didn't seem to be much point in some of the stops along the way and they were so unusual. I think the whole point was the unusuallness of them, but I would have liked a bit more cohesion to the story. I did enjoy the ending and the fact that it wasn't happily ever after.