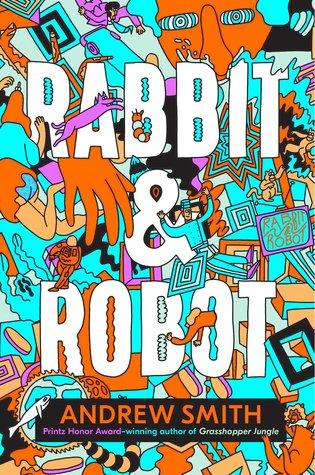 Cager had no intention of finding himself aboard his father's lunar cruise ship, the Tennessee. But he was also not particularly conscious when his best friend, Billy Hinman, and long-time caretaker, Rowan, strapped him into his transport to the ship. It's a rehab mission, you see. Cager's been addicted to Woz for years and Billy has decided that the ideal place to detox is the luxury space ship. Now, the three of them are the only living passengers aboard the massive ship (that they know of, anyway). They're not alone though, the ship is fully staffed with a variety of bots, each of whom are saddled with annoying character traits - some are constantly angry, some are constantly ecstatic, some are constantly horny. Cager's personal valet is among the latter, much to Cager's annoyance.

Things on the ship are weird, for sure. The problem is, no one's sure they can ever even return to Earth at this point. You see, humanity seems to love war and several more wars break out while the boys are on the ship. It looks like an apocalypse on Earth and there's been no contact with anyone down on the ground.

In the meantime, something is going very, very wrong with the bots. Like, grotesquely wrong.

Will Cager ever go home again? Does he even care?

Rabbit & Robot is definitely one of the stranger books I read this year. I've generally been a fan of Smith's weirder books, so it's no surprise that I enjoyed this one as well. Smith maintains his Vonnegut-esque writing style that works so well in these bizarre settings. Recommended for anyone who is looking for something that is unlike anything else they've come across this year.