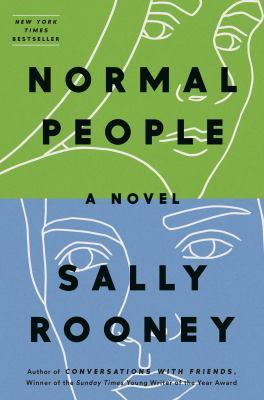 When Connell picks his mom up from her job as his classmate Marianne's family's housekeeper, he and Marianne discover an unusual connection. Though Connell is a well-liked athlete and Marianne is seen as an antisocial outsider, they're both known as their high school's brightest: their first, and lasting, bond. The secrecy of their relationship creates a shelter in which to explore their intense chemistry, both intellectual and sexual, before Connell blithely betrays Marianne, and they both leave their small town for Dublin's Trinity College. Advancing months or minutes at a time along the next four years, chapters ripple through the subsequent reunions and rifts of their college years. Connell knows that Marianne is fragile, but it's a long time before he fully understands why and that he is, too. Long-listed for the 2018 Man Booker Prize, this superb book more than lives up to the high expectations set for it by Rooney's lauded first novel, Conversations with Friends (2017). Showcasing Rooney's focus and ability in building character relationships that are as subtle and infinite as real-life ones, and her perceptive portrayal of class, Normal People gets at the hard work of becoming a person and the near impossibility of knowing if a first love is a true one.--Annie Bostrom Copyright 2010 Booklist