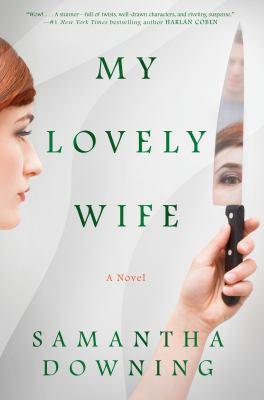 Downing's debut thriller offers a chilling look into the marriage of two psychopaths. Our unnamed narrator (known mostly by an alias, Quentin) likes to pick up women in bars while pretending to be deaf. His wife, Millicent, is perfectly fine with this because he brings them home for her to torture and murder. When the freshly killed body of a young woman is found, nearly a full year after Millicent was supposed to have dumped her, Quentin realizes that Millicent is apparently playing a different game than he thought. They think they're safe, though, because she planted several clues that match the MO of a serial killer who has been on the loose for over a decade. Things start to unravel best-laid plans and all that and the couple's relationship quickly spirals into a cat-and-mouse game. Whom can you trust when your spouse is a lunatic? Meanwhile, the couple's two (seemingly normal) children know nothing of their parents' extracurricular activities. Readers will be fascinated by the abject coldness of Millicent, the odd and unreliable narrator, and the almost unbelievable denouement.--Rebecca Vnuk Copyright 2019 Booklist