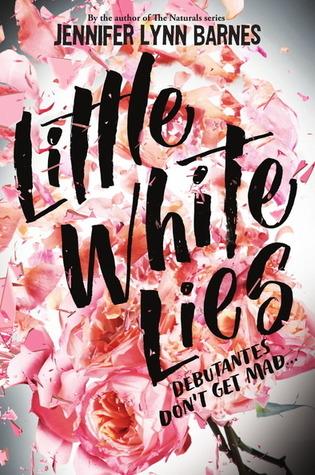 I liked this teen novel about becoming a Southern belle debutante. I have to admit that when I was of a certain age, the idea of being a debutante would have been a dream come true. Now however, I have to admit that it would not be a very fun situation. On the other hand, these four girls are no wilting blossoms and can stir up trouble with the best of them. Sawyer is looking for her father, but finds a hornets nest. When she does find the truth, she doesn't know what to do with it. Can't wait to see what happens next!

"I'm not saying this is Sawyer's fault," the prim and proper one said delicately. "But."

Eighteen-year-old auto mechanic Sawyer Taft did not expect her estranged grandmother to show up at her apartment door and offer her a six-figure contract to participate in debutante season. And she definitely never imagined she would accept. But when she realizes that immersing herself in her grandmother's "society" might mean discovering the answer to the biggest mystery of her life-her father's identity-she signs on the dotted line and braces herself for a year of makeovers, big dresses, bigger egos, and a whole lot of bless your heart. The one thing she doesn't expect to find is friendship, but as she's drawn into a group of debutantes with scandalous, dangerous secrets of their own, Sawyer quickly discovers that her family isn't the only mainstay of high society with skeletons in their closet. There are people in her grandmother's glittering world who are not what they appear, and no one wants Sawyer poking her nose into the past. As she navigates the twisted relationships between her new friends and their powerful parents, Sawyer's search for the truth about her own origins is just the beginning. Set in the world of debutante balls, grand estates and rolling green hills, Little White Lies combines a charming setting, a classic fish-out-of-water story, and the sort of layered mystery only author Jennifer Lynn Barnes can pull off.
Goodreads.