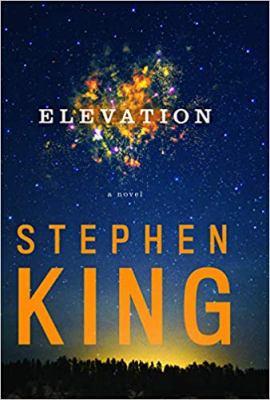 In "Elevation," Stephen King presents the story of Scott Carey a man who discovers an odd condition as he grows lighter, despite not losing any weight. Scott seeks to do a little elevation of his own in helping his neighbors to be accepted in the community, and tries to use his condition to put a crazy scheme into action before it's too late. The second story, "Laurie," available on the audio version only, is about a widower who is presented a dog he doesn't want, but finds that he really needs.