The Dead Girls of Hysteria Hall 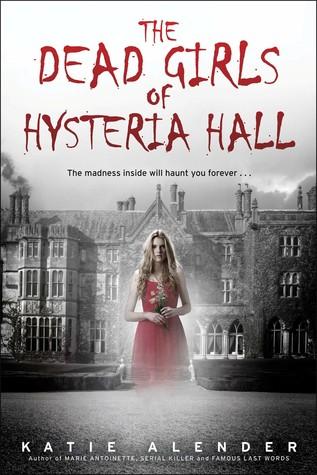 The Dead Girls of Hysteria Hall

This was a book with a bit of a scare to it, because it was not obvious where the evil of the hall was coming from and in the end I was surprised at the main culprit. It is a sad story in many ways, but it also makes you think about how you would feel about the people you leave behind. I'm not sure I would want to be tied to a place for eternity. Makes you think about what the afterlife might bring according to your beliefs.

In this asylum, your mind plays tricks on you all the time… Delia’s new house isn’t just a house. Long ago, it was the Piven Institute for the Care and Correction of Troubled Females—an insane asylum nicknamed “Hysteria Hall.” However, many of the inmates were not insane, just defiant and strong willed. Kind of like Delia herself. But the house still wants to keep “troubled” girls locked away. So, in the most horrifying way, Delia gets trapped. And that’s when she learns that the house is also haunted. Ghost girls wander the halls in their old-fashioned nightgowns. A handsome ghost boy named Theo roams the grounds. Delia finds that all the spirits are unsettled and full of dark secrets. The house, as well, harbors shocking truths within its walls—truths that only Delia can uncover, and that may set her free. But she’ll need to act quickly, before the house’s power overtakes everything she loves. From master of suspense Katie Alender comes a riveting tale of twisted memories and betrayals, and the meaning of madness.
Goodreads