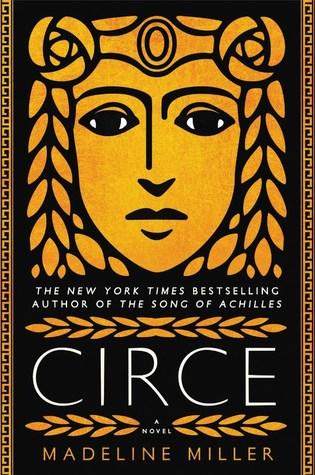 We know Circe from Greek Mythology and from The Odyssey. What Madeline Miller does is reimagine her life from birth to mortality. Circe is the daughter of the Titan Helios. She is raised in the houses of the Titans, unloved and unappreciated. She begs for scraps of attention, but gets nowhere. It is only after she is banished to her deserted island and becomes a witch that she truly becomes the goddess she was meant to be. She is banished for creating Scylla the monster of legend and devourer of men. She meets heroes and gods like Hermes and Athena and Ulysses. She turns men into pigs when they invade her island and wish her harm. She helps her sister Pasiphea birth the Minotaur. She has a relationship with Ulysses that results in her son Telegonus. She falls in love with Ulysses's son Telemachus and finally escapes her island leaving Penelope to become the Witch of Aiaia. Through it all she continues to grow into a strong independent woman of power.

I wasn't sure I was going to like this book as it was a bit of a slow start for me. But Circe grew on me and I found myself wanting to read just one more chapter and then devourering the end of the book in one sitting. I loved how Circe grew from a timid mouse who just wanted attention into a powerful goddess witch who stood against Athena herself. She made no apologies for her self and took responsibility for her actions. She was independent and fiercely protective of her son. I loved this expanded story of a legendary character. So often the women of history and legend are not treated well, but Miller gives Circe the treatment she deserves. Outstanding!