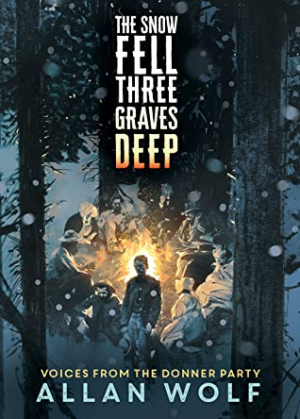 In 1846, a large party of emigrants left Springfield, IL for a new life in California. The first part of their journey went more or less as planned, with few casualties. The farther they went, however, the more perilous their passage became. The routes at the time took groups of settlers over dangerous mountain passes, across raging rivers, and through the dry and deadly salt flats near the Great Salt Lake. Tales of shortcuts passed from party to party, but were largely theoretical and potentially more dangerous than the established routes. This particular party, however, followed the established Oregon Trail until they got to the Rockies, at which point they decided to split into separate groups. One of these groups would eventually become cemented in history as the ill-fated Donner Party.

The Donner Party, some 89 individuals strong, made their way across the areas known today as Colorado and Utah on their way to California. Their 3000 mile journey might have been unremarkable had they been travelling just a month or two earlier. The final leg of their trip led them back up into the mountains before they would meet up with the rest of their party at Sutter’s Fort. Unfortunately, winter descended on the travellers, making any progress impossible. They were already tired and starving. Many of their party hadn’t even made it to this final mountain pass, just 90 miles shy of their end point in California. It is here that the members of the Donner Party had to start making impossible choices in order to stay alive as the snow fell up to 18 feet deep (or “Three Graves Deep”). In the end, only about half of the original party would make it to their destination.

You’ve likely heard at least part of the story of the Donner Party, but you’ve never heard it told like this. Wolf employs a wide variety of narrators and narrative styles to bring the story of the Donner Party to life. Narrators include a young girl, several of the adults and teens in the party, their two Miwok Indian guides, two of the oxen, and Hunger itself. Narrative styles range from prayers from the young girl to blank verse to prose. Readers will discover that there is so much more to the story of the Donner Party than they’ve previously been told. Wolf’s treatment of this historical tragedy not only sheds light on the humanity of the hopeful settlers and their guides, but effectively contextualizes the struggles and choices they had to make as they trekked across half of the United States. This accessible and well-paced work of historical fiction is as compelling as it is educational. Timelines, brief biographies, a map, and more are included for readers seeking more information about this harrowing tale of survival.

Published by CourtneyW on September 07, 2021