Hometown boy makes good certainly characterizes Allen Eskens’ careers, both literary and legal. A mid-
Missouri native and graduate of Helias High School, Eskens’ novel, "Nothing More Dangerous", is the
library’s 2021 Capital READ. Eskens has written six books, all of which have garnered critical praise and
earned him multiple prestigious awards and nominations. At the library, reference staff field frequent
requests for his books, and the books rarely languish on the shelves.

Eskens is known for his mysteries, and mystery is an important element of "Nothing More Dangerous", but
this book is different from his previous works. It’s essentially a coming-of-age story, which takes place in
1970s Jessup, a small Missouri Ozarks town, which has a declining economy, few opportunities for its
residents, and a host of secrets.

Fifteen-year-old Boady Sanden lives with his widowed and depressed mother Emma, who works for the
town’s major employer, a plastics plant. And he spends time with Hoke Gardner, his mysterious next-
door neighbor, who plays a significant role in the book’s central mystery, the theft of $150,000 from the
plastics plant. The supposed thief is a former black employee of the plant, who is now missing.
Boady is trying to fit into a new school where he makes a big mistake early in the year by humiliating
one of the school’s feared bullies. His mistake: tripping the bully in the cafeteria before he can pour
chocolate pudding on the school’s only black student. That incident would not be forgotten.
Rural life doesn’t agree with Boady, and he wants nothing more than to make enough money from his
part-time job to leave Jessup, “to be some place where being alone made sense.” Into this environment
comes the Elgin family from Minnesota, who move into a large, remodeled Victorian home across the
street from Boady’s small home. The Elgins are African American, and Charles Elgin has been sent to
investigate the uneasy situation at the plastics plant.

The Elgins’ son, Thomas, is the same age as Boady, and their initial encounter isn’t pleasant, as Boady
makes a racist remark, and Thomas calls him on it. Boady doesn’t think he’s prejudiced; he says his
remark is a common reference in Jessup. Further, he knows few people of color and doesn’t understand
how prejudice, often passed down through generations of a family or even communities, has affected
his views of other individuals or groups. As the two boys get to know each other, however, they develop
a grudging friendship that becomes something real—and dangerous. They also become detectives of a
sort, and their lives are imperiled by corrupt forces intending to do them harm.
Although Boady is the book’s protagonist, Eskens’ other characters, including Hoke, Emma, and Jenna
Elgin, are well-developed as endearing and important parts of the story. Even Emma’s employer, who
has a small part in the story, sets an honorable example for Boady through his bravery and strong moral
sense.

Social and cultural changes are coming to Jessup, and Eskens shows that their acceptance can bring
danger as well as enlightenment to a community and its residents. He knows Missouri on a deep level,
with his sensitive descriptions of the landscape and his understanding of small-town attitudes and class
divisions. He presents situations in which Boady must come to terms with the racism and casual

prejudice that pervade the town and which lead to shocking violence. This story and its complexities
result in a satisfying reading experience.

During September, the library will offer a number of programs that deal with issues Eskens addresses in
his novel. We hope readers will join us as we celebrate this year’s Capital READ. There’s lots to talk
about. 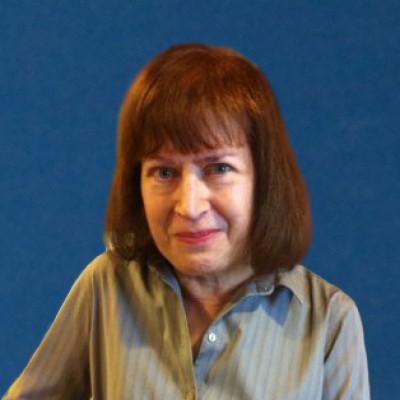