What We're Reading: "The Brave" by James Bird 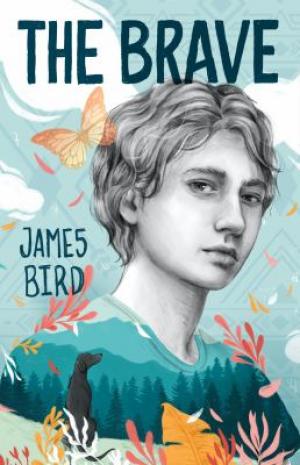 What We're Reading: "The Brave" by James Bird

Compulsion rules Collin’s life. He can’t stop himself from counting the number of letters in words spoken to
him. Nor can he stop himself from announcing those totals to the speaker. If he tries to stop, he becomes
overwhelmed. Life has been extremely difficult for Collin because of his struggle with Obsessive Compulsive
Disorder. He has been raised first by his grandparents and then his father, but his OCD has made him too
much for them to handle. His grandparents gave up on him very early on, and now his father has finally
reached the end of his ability to cope. One final altercation with bullies at school sends Collin to the family he
never knew he had or needed.

Collin has never met his mother and knows very little about her. She lives on the Ojibwe reservation in
Minnesota and his family there seems to take his counting in stride. While some kids at his new school do
make fun of him, most do not after learning who his older brother was. Collin’s brother Aji was a beloved
member of the community. Collin finds the same acceptance in the community that Aji did. While we learn Aji is
physically no longer with them, his spirit remains and helps Collin on his journey.

His new neighbor Orenda becomes the heart of this story as she claims the heart of Collin. She believes she is
changing into a butterfly as her mother did, but refuses to tell Collin why. Orenda pushes Collin to learn new
strategies for coping with his problems and helps him learn the wisdom necessary to accept himself. She
introduces him to the brother he never knew through these strategies. As a result, Collin becomes stronger not
just physically, but emotionally, as he embraces his new family, his home, and the truth of Orenda’s
transformation.

This powerful coming-of-age story is filled with heart and courage as both Collin and Orenda go through the
changes necessary to continue their journeys. The magical elements and the Ojibwe culture are seamlessly
interwoven throughout the narrative and add an otherworldly quality to the story. This is a fantastic
#OwnVoices story that can be enjoyed by readers of any age. Author James Bird is of Ojibwe descent.